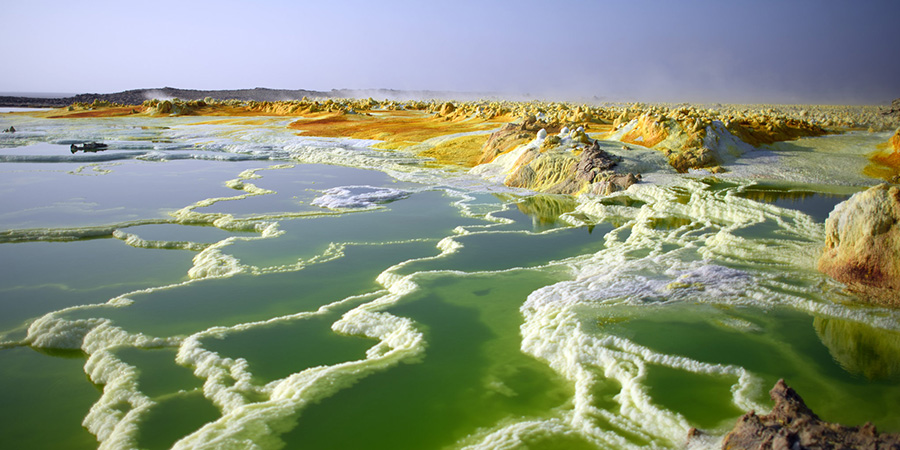 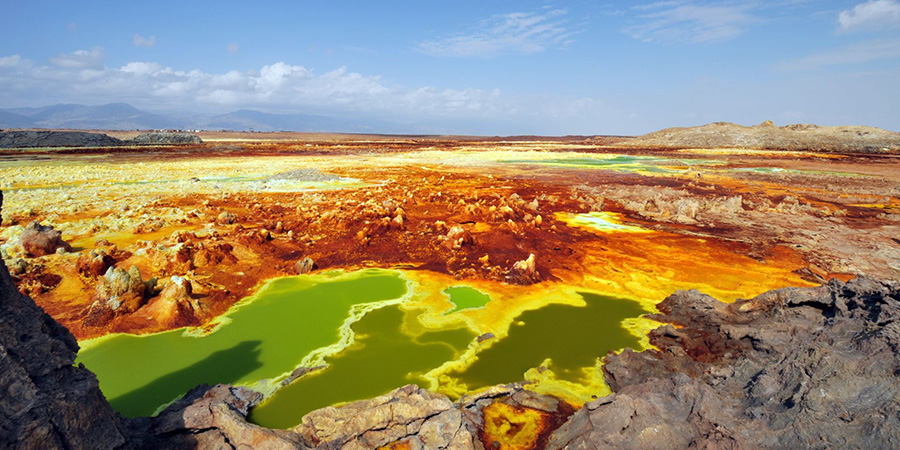 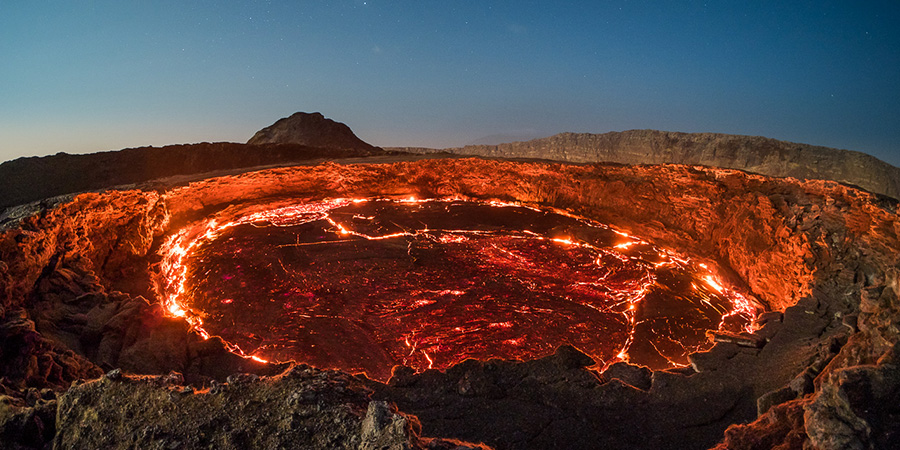 Dallol is at the northern most extension of the [Great] Rift Valley. It is below sea level and acts like a cauldron, trapping all the heat.

Dallol is a field of phreatic craters in the barren salt plain NNE of the Erta Ale Range in one of the lowest (and hottest) areas of the desolate Danakil depression.

The Dallol craters are the Earth's lowest known subaerial volcanic vents. The most recent of these craters, Dallol, was formed during an eruption in 1926. Colorful hot brine springs and fumarolic deposits are found in the Dallol area.